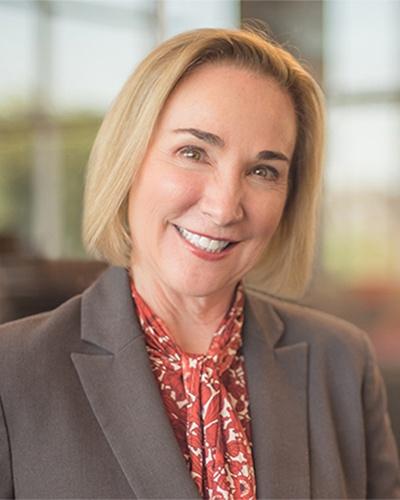 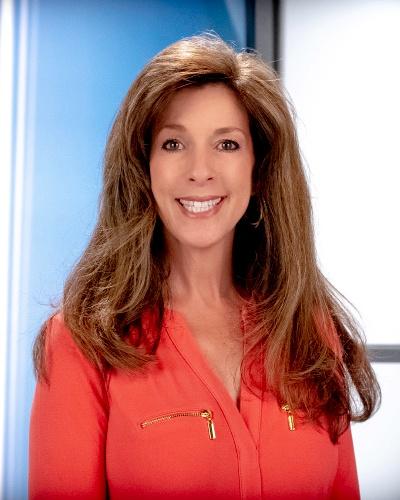 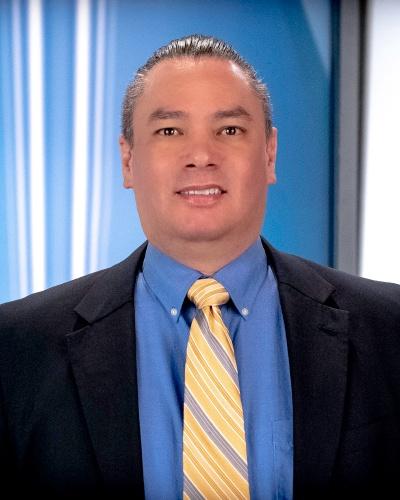 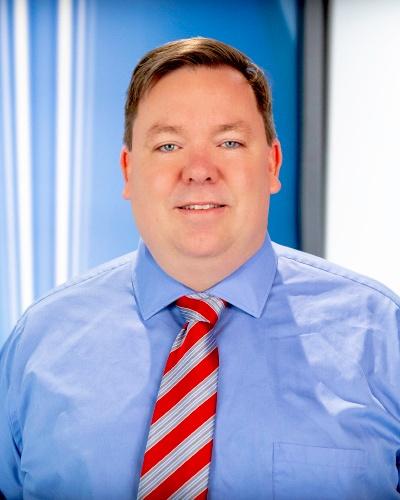 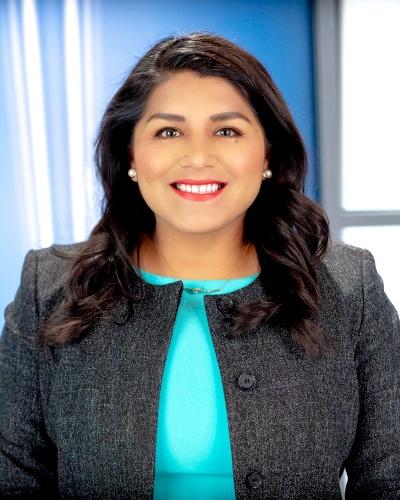 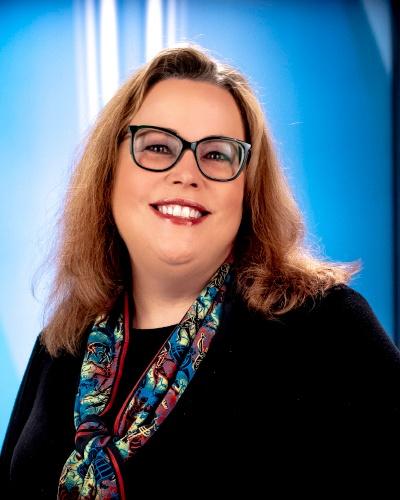 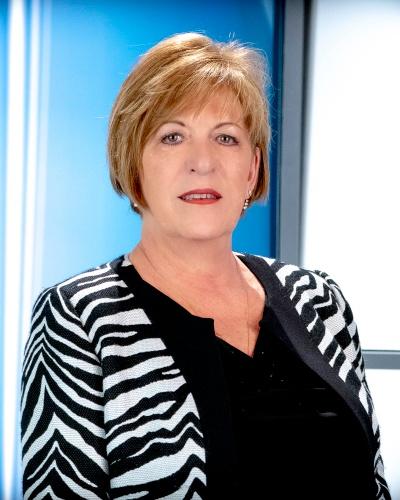 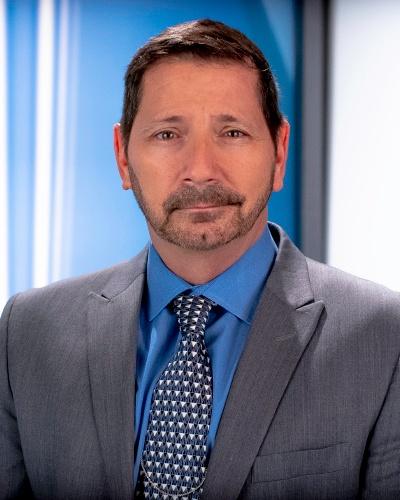 Engineering, IT and Emergency Response Director

MESSAGE FROM OUR PRESIDENT | August 2021

The Music That Moves Us

No matter the genre, music is a universal sound that touches us all. This month you will find some of the best music moments
of all time right in your living room, with such terrific choices it is difficult to pick a favorite. From classics, to country, to rock-n-roll this month’s membership campaign has an outstanding lineup which is sure to entertain.

On Friday, August 6 at 10 p.m. we start off with a personal favorite — Classic Albums: Pink Floyd: The Dark Side of the Moon. Hear from the band’s members, as they share the story of how their 1973 album became one of the greatest albums ever made. It sold more than 30 million copies and spent 740 weeks on the US charts. For an added “B side” bonus stay tuned for Pink Floyd: Live in Venice on the same night at 10 p.m. If country music is more your taste, you’ll want to watch Country Pop Legends (My Music), on Saturday, August 14 at 6:30 p.m. Country music legend Roy Clark hosts this emotional trip down three decades of memory lane.

You still have a chance to catch Mannheim Steamroller: 30/40 Live on Monday, August 16 at 7:30 p.m. This milestone special includes interviews and behind-the-scenes footage from the American group, celebrating four decades of groundbreaking compositions. Vegas PBS has tickets to see Mannheim Steamroller live at the Orleans Arena in December 2021 — plus a new ticket opportunity to see Sting in concert at Caesars Palace next summer. Head to page 11 for more information.

Through photography some of the most significant moments in time are captured and preserved. ICON: Music Through the Lens transports us to the thrilling world of live music through some of the most iconic and visually compelling images. This six-part series, which started last month, captures what it was like on both sides of the camera when the most recognizable images in music history were taken. Watch the series’ final episodes on Friday, August 6, at 9 p.m. and on Friday, August 13 at 9 p.m. and 10 p.m. Vegas PBS Passport members can stream the series online or on their favorite mobile device, through the PBS Video App. Later in the month, one of Broadway’s all-time favorites comes to life in Wicked in Concert, Sunday, August 29 at 9 p.m. Hosted by Idina Menzel, it’s a celebration of the smash hit musical, now in its 18th year on Broadway, and will be followed immediately with an encore broadcast at 11 p.m.

A new school year also begins this month and with it, the premiere of a new Vegas PBS original series Student Spotlight, starting on Monday, August 23 at 7:30 p.m. with new episodes airing on the fourth Monday of each month. Created in cooperation with the Clark County School District, this series shines the spotlight on local students, showcasing their skills and talents; and also celebrates the educators and staff who help them succeed.

We hope you enjoy the incredible programs we have in store for you this month. Your support allows us to keep the best of arts and culture on the air and online. Thank you for helping us provide value to all in Southern Nevada.

All the best,
Mary Mazur

Mary Mazur is President of Vegas PBS and the first woman to lead the station in its 53-year history. In her position she oversees Vegas PBS’ overall strategic direction and the management of day-to-day affairs across all business units. She also serves as the executive director of the Southern Nevada Public Television (SNPT) Board of Directors. An award-winning television executive, Mazur was previously general manager of Arizona PBS. Under her leadership, Arizona PBS produced 120 hours of news content annually, and launched two new local programs, receiving multiple regional Emmy nominations and awards.

Prior to joining Arizona PBS, Mazur was executive vice president and chief operating officer of the Los Angeles-based KCETLink Media Group. There, she oversaw KCET’s move to a new state-of-the-art facility and was a member of the executive team that guided the successful merger between KCET and LinkTV to form the KCETLink Media Group.

Mazur was the executive producer for KCET’s nationally distributed programs A Place of Our Own and its Spanish language companion Los Niños en SuCasa. Under her direction as chief content officer for KCET, the station received more than 380 awards for programming, including four George Foster Peabody Awards and three Alfred I. duPont-Columbia University Awards. Mazur herself is the recipient of two Peabody Awards, a duPont Award and a regional Emmy Award. Prior to joining KCETLink Media Group, Mazur was senior vice president of series development at Cosgrove/Meurer Productions, and prior to that served in a similar role at Patchett Kaufman Entertainment. A graduate of Santa Clara University, Mazur also has worked in program development for both the NBC and CBS networks.

Dr. Niki Bates is the Director of Educational Media Services. In her position, Dr. Bates provides supervision, strategic direction and innovative leadership for the station’s educational outreach beyond the broadcast and unique services that have been developed to assist Nevada’s public, private, charter and home schools, such as: a media library for families with special needs; early learning parent engagement workshops; teacher training and online classroom materials; K-12 programs and initiatives; and more. With more than 28 years of experience, Dr. Bates’ passion is education, and she is unwavering in her commitment to serving schools and the community. She holds a Master of Special Education degree and a Doctoral Educational Leadership degree with a minor in curriculum development. Dr. Bates also holds an executive certificate in leadership and management.

Sal Carrera is the Director of Development. Carrera oversees the short-term and long-term fundraising strategies for the station, including membership, major gifts, corporate partnerships, planned giving, grants and other philanthropic efforts. He is also responsible for cultivating funder relationships with individuals, corporations and foundations looking to support Vegas PBS in various areas including corporate underwriting, productions, educational workshops, emergency communications, capital equipment and more. Prior to Vegas PBS, Carrera worked for a large media company in Santa Monica, CA, Las Vegas, NV, and Denver, CO, in various capacities including research and local and national sales. For over a decade, he blended that love for broadcasting with education and led an innovative K-12 public school outreach model in ten languages designed to engage parents through events, web streaming, social media, radio, television and newspaper. Carrera is originally from Carpentaria, California, where he attended Cate High School and later, the University of California, Santa Barbara.

Brandon Merrill is the Business and Finance Manager. Merrill is responsible for all aspects of fiscal management including budgeting, financial reporting, grant management and compliance with the Corporation for Public Broadcasting (CPB). He has worked in both the private and public sector with a significant understanding of both GASB and FASB reporting. Merrill graduated from Southern Utah University with a bachelor’s degree in Accounting and continued his education at Arizona State University, receiving his Master of Business Administration. He has been with Vegas PBS since 2011 and with the Clark County School District since 2005. Merrill and his wife are the lucky parents to six beautiful daughters and one son. He enjoys spending time with his family, being in the outdoors, being actively involved with his community and church, and seems to always be working on a home improvement project.

Allison P. Monette is the Director of Communications and Brand Management. In her role, Monette directs strategic communication, branding and marketing for all station initiatives, programming and events. She is also responsible for managing the station’s paid and earned media efforts, print, digital and social media platforms. A bilingual communications professional, Monette began her career as a television news reporter for the NBC affiliate KNDU-TV in Washington state. After leaving the newsroom, she focused on helping nonprofits and government agencies advance their missions through strategic communications, digital marketing and social media initiatives. Prior to joining Vegas PBS, Monette worked with organizations including the United Way of Southern Nevada, the Nevada Attorney General’s Office, the Clark County School District and more. She holds a bachelor’s degree in Communication Studies and Spanish from the University of San Diego and Master of Communication Management degree from the University of Southern California Annenberg School for Communication and Journalism. Monette is a member of the Junior League of Las Vegas, the Public Relations Society of America and American Marketing Association Las Vegas Chapters. She has received various PRSA Pinnacle Awards and been featured in Real Vegas Magazine Women Who Wow and Las Vegas Woman Magazine 2019 Local Leaders.

Cyndy Robbins is the Director of Content. First joining the station in 2007, Robbins oversees several departments including traffic, programming, and communications. Robbins began her career in public media at Nebraska Educational Television, serving as the assistant to the Ready To Learn specialist. After receiving her master’s degree in Journalism and Mass Communication, she joined the staff at Iowa Public Television, where she spent 10 years working in programming. Robbins was named Chair of the PBS Programming Advisory Council in March 2021 and serves on the PBS Pledge Advisory Council, the PBS KIDS Leadership Council and American Public Television’s (APT) Pledge Advisory Group. She also served on the PBS Development Advisory Committee (DAC), Marketing Advisory Committee (MAC), as well as the National Educational Telecommunications Association (NETA) Programming Council and the Public Television Programmers’ Association (PTPA) board. Robbins is a graduate of the Las Vegas Metro Chamber's Leadership Las Vegas and has received several awards, including a PBS Development Inspiration Award for the “Do Your Part” campaign, a Golden Grid Award, a regional Emmy, numerous Pinnacle Awards, and has been featured in VEGAS INC. and Las Vegas Woman.

Debra Solt is the Director of Workforce Training and Economic Development. In her position, Solt manages the station’s high stakes testing center which proctors exams for licensed occupations, high school completion and job qualifications. As part of the station’s workforce initiative, her department’s programs add capacity to Vegas PBS’ existing workforce system by offering candidates the choice to complete online programs. Solt is known nationally and internationally as a specialist in partnering with business and industry for the development and implementation of customized workforce programs that produce measurable results for clients and the community-at-large. Prior to joining Vegas PBS, Solt spent over fourteen years in higher education in Nevada and Washington State.

John Turner is the Director of Engineering, IT and Emergency Response systems. Turner supervises all informational technology, engineering and emergency response functions. He also directs technical planning  and the direction of Vegas PBS’ broadcast systems. Turner is an Emmy award winning television manager with over 30 years in commercial television news. Turner has received Emmy and Telly awards for his news coverage during the Persian Gulf War, Los Angeles riots, Northridge Earthquake, trial of O.J. Simpson and Hurricane Katrina. He previously worked at KLAS-TV as the Assistant Chief Engineer and Director of News Operations, as well as for KVVU-TV as the Assistant Chief Engineer. Turner holds a Master of Forensic Psychology degree from the University of Southern California. He sits on the Local Emergency Planning Commission (LEPC) as the media representative and co-chairs the PIO position. He has also served as a Reserve Police Officer for the Boulder City Police, staff at Disney Parks, and Technical Director for the Rams football team and Angels baseball team.