Presented over twelve weeks, this fast-paced series is an academic quiz show for Las Vegas high schools featuring the best and brightest students from across the city. The competing high school teams field questions based on their knowledge of subjects such as history, literature, math and science.

A partnership between Clark County School District (CCSD), Vegas PBS and the Kiwanis Club of Las Vegas, the program is entering the 49th season. During the regular season, 39 high school teams competed in six divisions. This year the division semifinals, final and all-star match are also included in the beginning of the series.

Scholarship awards are made to the top four teams and the Harvey N. Dondero All-Star Player. This award, which is named after a distinguished CCSD administrator, was instituted 25 years ago to recognize the student who best exemplifies academic achievement, leadership and sportsmanship.

Please support our young scholars in their pursuit of excellence! 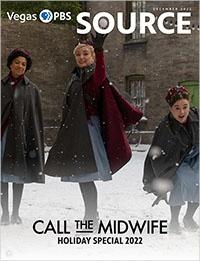