The Latino Vote in Nevada 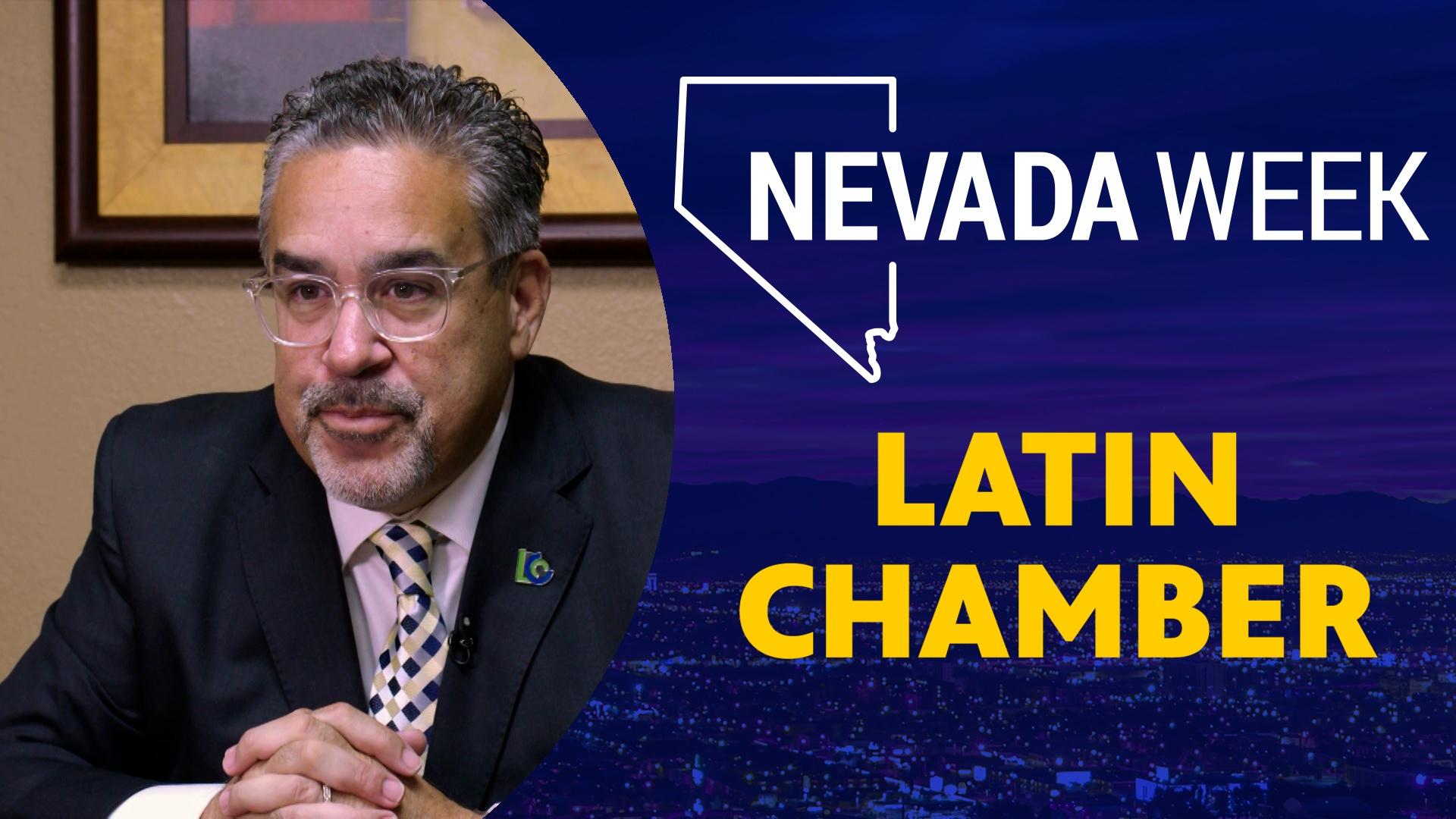 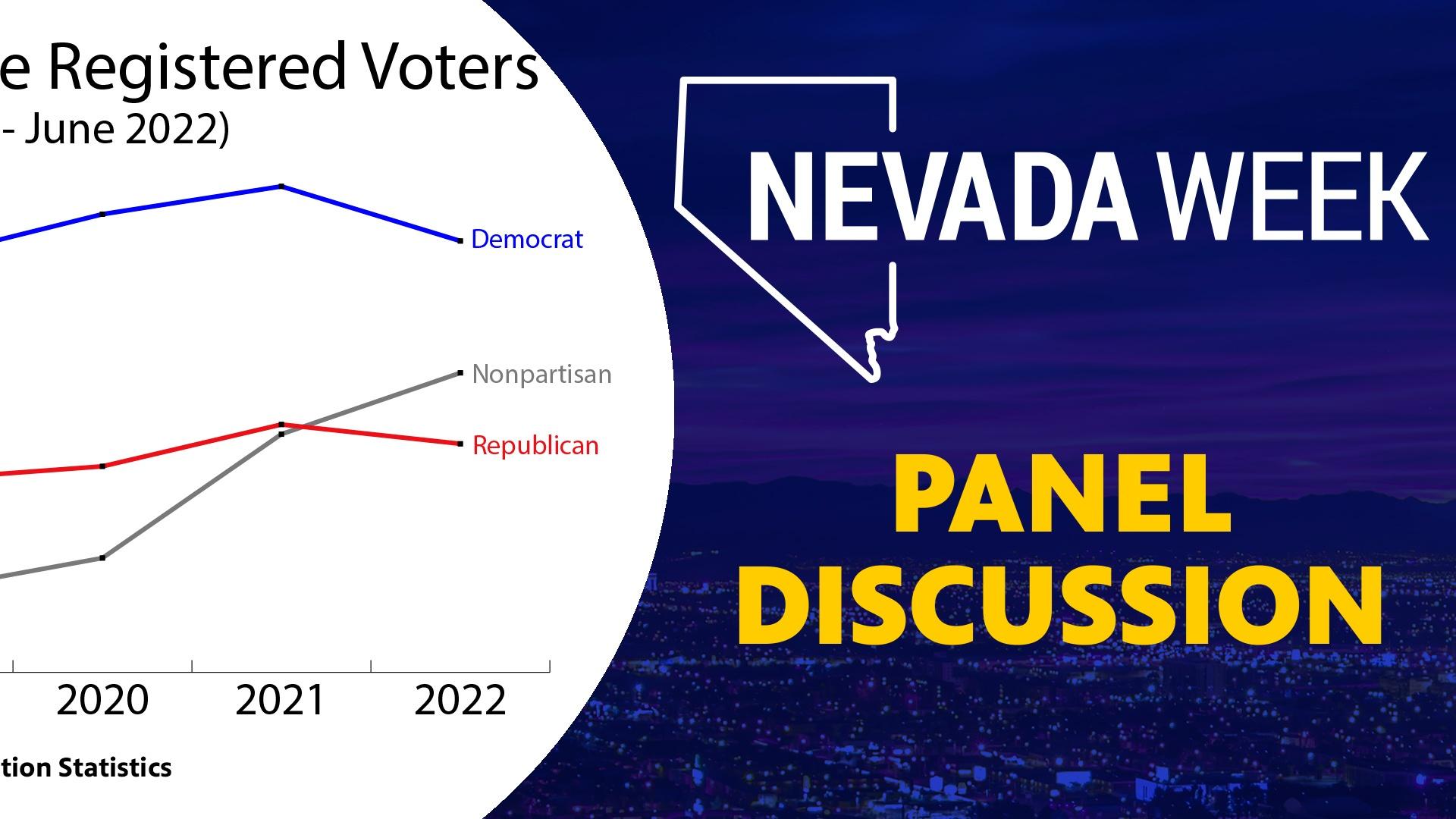 According to the Pew Research Center in 2020, Latinos made up nearly 20 percent of eligible voters in Nevada, which puts Nevada’s Latino electoral share sixth in the country.

Latino voters were once considered a stronghold for Democrats, but the Pew Research Center found that across the country, Republicans are making small gains. In 2020, Hispanics accounted for 8 percent of the Republican vote, up from 6 percent in 2016.

This November, Latino voters could make a difference in two statewide races, including one that may tip the balance of power in the U.S. Senate. Both Democrats and Republicans are in hot pursuit of the Latino vote in Nevada and have put out radio and TV ads in Spanish in an effort to sway those voters.

Peter Guzman is the president of the Las Vegas Latin Chamber of Commerce. He said he has seen reports in the news that Hispanics are running away from Democrats and toward Republicans but he doesn’t necessarily think that is true.

He believes Democrats are losing many formerly loyal Hispanic voters but they’re not necessarily going to the GOP. Instead, he believes many of them are in the middle and choosing to be nonpartisan.

Guzman said many of the Latinas that he has spoken with, the so-called “soccer moms,” are furious at school closures during the height of the pandemic. He said many of them are paying more attention to politics, which makes them more informed voters and he believes it means their votes are up for grabs.

He said many people in the Latino community are looking for someone to blame for the economic woes the country is facing and usually that means the party that is currently in charge of the White House and Congress.

“No longer can the Hispanic vote be assumed to be going one way, in my opinion,” Guzman said.

Guzman said the chamber never invites candidates to its breakfasts and luncheons. Instead, they wait to see which candidates want to engage with their community. He said at the last event they had 36 candidates show up from both parties.

He believes both Republicans and Democrats are bad at assuming they have certain voting blocs on their side and they do very little to gain voters from different groups.

David Damore is the chair of the Political Science Department at UNLV. He said that Latinos are not issue-based voters any more than the general electorate is. He said they’re responding to the current environment around the economy, like everyone else.

Like the rest of the population as a whole, Damore said Latinos care about education and upward mobility and policies that might obstruct that will impact who they vote for.

Jose Solorio is a political consultant who has worked on several Democratic campaigns. He said that the soccer moms he is talking to care about jobs, education and opportunities for their children.

He said they want to know where the opportunities are going to be and who is going to represent them in the halls of power. He noted that in Las Vegas 80 percent of the people who identify as “Latino” have a Mexican-American background.

Solorio said the party that consistently delivers to that population will get their vote and he believes the Democratic party has mostly done that. Although, he admits there are areas that the party could work on.

John Tuman is a professor of political science at UNLV. He said there is a narrative around Hispanic voters moving from the Democratic Party to the Republican Party but he wants to see more data on that.

He said, according to polling, inflation, jobs and the economy are still top of the list for Latino voters. Tuman also pointed out that while there are small businesses owned by Latinos in Las Vegas the majority of Latinos are employed in hospitality, service industries and construction and all of those sectors are booming right now. Because of that, he said, labor has a lot of leverage and that might benefit the Democrats in this election cycle.

Frankie Rodriguez has a different take on where the Latino vote stands in Nevada. She is the Nevada chapter director for Lexit, which is a group that advocates for Latinos to exit the Democratic Party. She said the people she is talking to are paying more attention to politics but what they’re seeing is that what they value is not being protected.

She agreed that jobs and inflation are top of mind to the voters she has talked to, but she said they’re not seeing those concerns reflected in policies from the Democratic Party. In fact, she believes the Democrats are making things worse with their policies.

Plus, she said that many families don’t believe their kids are getting an education in the basics like math and reading to get ahead in the world.

However, when it comes to Republican politics, Solorio said that many of the people he knows who are Hispanic and Republican left the party after the speech former President Trump made when he announced his run for president in 2015 in which he said,

Solorio went on to say that it showed “they don’t value us to include us in leadership.” He pointed out that the first Latina to be voted into the Senate is Democrat from Nevada, and he noted there were several other Latinos in leadership in Nevada and they were all Democrats.

Rodriguez defended the former president. She said the words were “taken out of context.” Rodriguez said former President Trump was actually talking about drug cartels and sex traffickers. She also pointed out that there is a difference between legal immigration, where people can be screened for security issues, and illegal immigration, which, she says, is open to anyone including criminals.

She also said that many Latino families are frustrated by “misdirection” coming from Democrats. She said many in the Hispanic community don’t trust information coming from anywhere, including politicians and the media.

Professor Tuman noted that polls of voters have found that significant damage was done by some of the rhetoric from the former president. He said that polls showed that voters were conflicted about voting for the GOP but did so because they felt it would do a better job with the economy. He also believes that being connected too closely to the former president could be a liability for candidates.

Overall, Damore believes there is a lot of room for both parties to mobilize the Latino vote. He said that polling can be great but what it really comes down to is who will get to the polls and vote.

Nevada, he said, has a “less than expected voter participation” and the Latino vote is part of that and both parties could take advantage of that this November.

Besides the issues around the economy and jobs, Rodriguez said that Christian values play a part in how Latinos that she has talked with will vote. She said the issues that Democrats are focusing on don’t line up with Latino values - like pro-family, pro-marriage and pro-life. She said they feel like those values are being attacked and villainized right now.